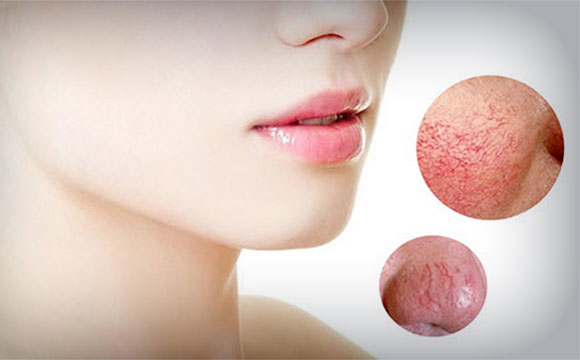 Unless you already have them, on the rare occasions upon which you ponder the cause of broken capillaries, a few things may come to mind. Maybe excessive drinking. Perhaps they’re remnants from having been struck by something. Sunburn…wait, sunburn? Yes. In fact, here is something you may not have known about sunburns:

The redness and sensation of heat that appears on your skin after you’ve been sunburned is actually the result of your own body trying to help you. You’ve probably heard the term lifeblood. In this case it’s literal, not figurative. There are countless actions that our own systems constantly employ behind the scenes in an effort to protect us and keep us alive. That is true in the case of sunburns, too. Your body hastily moves extra blood through capillaries to the site of the wound in order to help- as my beloved great-grandmother used to say- cure what ails you. Broken capillaries also mean that your sunburn has penetrated the outer layer of your skin, which as you might expect is not a good thing.

All Sunburns are Bad

There’s really no such thing as a mild sunburn. Well technically, of course, some are obviously worse than others. But even after your sunburn outwardly heals and has long been forgotten, your DNA maintains a permanent record of it.  The problem is that somewhere down the line that sunburn can return in the form of skin cancer or Melanoma. Not to mention the lesser, yet still undesired, effects that accompany the premature aging of our skin.

The best way to avoid sunburns, those serious enough to break your capillaries or not, is to always stay out of the sun. Yes, we know that that’s both obvious and impractical. The next best thing then is to protect yourself whenever you’re outside. Cover up as much as possible, stay in the shade, use your Sundicators and re-apply- sunscreen for the duration of your time outdoors. And thanks to the cited, linked alwaysnewyou.com source article for its excellent information.