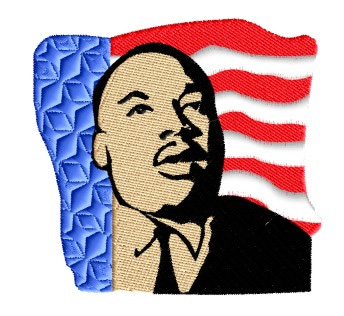 All of America celebrates the birthday and life of Civil Rights icon Dr. Martin Luther King, Jr. this week.  So we believe that this is a perfect time for our skin health care blog to focus on the connection between African-Americans and Melanoma.

We’re very happy to say that each day, Melanoma awareness spreads further than the day before. However, there are still some general misconceptions about the disease that are vital to dispel for the benefit of everyone in our society.

Many people think that the potentially lethal Melanoma and other skin cancers are confined to pale-toned ethnicities; that people of color are basically immune. Not only is that false; from a certain perspective Melanoma can be even worse for blacks than it is for whites. And we’ll explain why.

While it is true that Caucasians face a significantly higher risk of getting Melanoma, African-Americans face a higher risk of dying from it. And knowing the reasons why may someday save your life.

The single greatest ally and enemy of those with Melanoma is time. The speed of its diagnosis is critical, and can easily mean the difference between life and death. If caught early enough, Melanoma can often be cured. However if allowed to metastasize, (spread throughout the body) it can become fatal. Indeed, Reggae superstar Bob Marley opted to delay treatment of the Melanoma discovered in his toe. As a result, he died of brain cancer at the age of…36.

A quicker detection of it is the primary reason why more whites survive Melanoma than blacks.  And the most obvious reason of course is that a new dark splotch is easier to spot on pale skin. That’s not the only one, though. African-Americans are more likely to develop Melanoma on areas of the body that are not often, if ever, exposed to sunlight. Such places include, but are not limited to, underneath finger and toenails, on the palms of hands, soles of feet and inside the mouth.

The most frustrating hurdle to clear is the one stated at the start of this article. Namely, that so many people of all colors still think of Melanoma as a Caucasian disease; while the reality is skin cancer doesn’t give a good gosh darn about ethnicity.

Studies have shown that a majority of African-Americans don’t use sunscreen at all. That needs to change, and we all need to help change it. Whenever and wherever you can, please help get the word out.

Sunscreen, protective clothing and avoiding the sun are highly-effective weapons to wield against Melanoma. But perhaps the greatest weapon of all is education; spreading the message of Melanoma Awareness as far and as wide as possible.