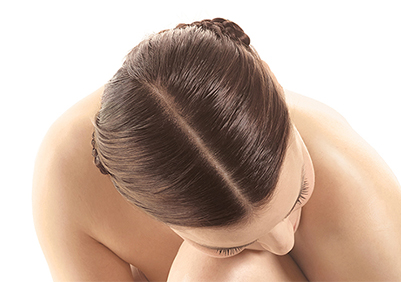 As we’ve mentioned numerous times before, Melanoma can show up anywhere it wants on your body. Even those areas which rarely, or never, see the sunlight of day; so to speak. Over the past week or so, we’ve been concentrating our posts on specific areas of the body to help our readers gain a better awareness of Melanoma’s potential. Today’s focus is on Melanoma of the scalp.

We came across an interesting article (cited and linked below) that addresses this condition. It states that Melanoma on your head tend to cause more fatalities than those located elsewhere. Some of the reasons they give we’ve addressed ourselves in early posts. And they do make sense. Because the speed of diagnosis is so important to thwarting Melanoma, it’s vital to bring any odd new moles and blemishes (or changes to old ones) to the immediate attention of a doctor or dermatologist.

The problem with skin cancer that forms on the scalp is, of course, that for nearly all women and the majority of men, it’s usually covered with hair. Also, people with full heads of hair might not think the sun’s harmful UV rays can penetrate it. With good reason, too, as hair and beards are great defenses against the sun. Unfortunately though it’s not a 100% effective shield, and there’s usually at least some vulnerable area; such as where the hair is parted. Skin cancer is nothing if not an opportunist. Give it an opening, and it’ll take it.

So What Can I Do To Protect Myself?

Unless it’s on your forehead, it’s nearly impossible to catch skin cancer during a self-examination of your scalp; even with a mirror. No one’s eyes are that flexible.
Of course, a qualified doctor or dermatologist can easily examine your scalp. At issue with that though is there are many people, especially men, who don’t regularly visit a doctor. But there are others ways to keep an eye out; including one we’ve just recently covered in another blog post. And that’s to ask your hair dresser/stylist/cutter to let you know if she (or he) spots any abnormalities while working on your hair.

Ask your spouse, significant other or a close friend to have a look. They may not be doctors, but they don’t have to be to notice an irregularly-shaped mole or blemish; or one that’s secreting fluids. They’re not there to make a diagnosis; but rather just to check for anything out of the ordinary. If any such thing is found, at your earliest availability have a doctor make the determination about what it is or isn’t.
Help yourself to get a, uh, “head” start on scalp skin cancer!
*Source article credit: Skincheckwa.com.au