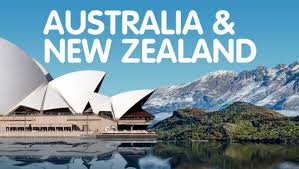 May is Melanoma Awareness Month, and during May we’ll be bringing you occasional blog posts that focus on a specific result from, or contributor to, sun  damage to the skin. Today we’ll focus on the top ten countries most affected by Melanoma.

Despite its lack of notoriety to other diseases by comparison, skin cancer is by far the world’s most prevalent cancer. Its worst form is Melanoma, which can be fatal if left undiagnosed or untreated for too long.

Of course, not every climate is the same. So while UV rays can indeed cause damage anywhere on earth, due to location or circumstance some places are worse than others. In case you were thinking about planning a vacation, or would just like to know, we’re going to let you in on the ten countries most affected by Melanoma. So if you do visit one, you’re better off packing a few extra bottles of sunscreen.

As a caveat, these are not commentaries on any country itself or themselves, as they’re all quite beautiful. They could just use a little more shade, is all.

According to aneki.com, and to the surprise of few, Australia and New Zealand come in at numbers one and two, respectively. Unfortunately, geographic locations near the equator and an eroded Ozone Layer make for a bad combination with regard to Melanoma. Numbers eight through ten, in descending order, are: Norway, Sweden, Switzerland, Denmark, USA, Austria, Iceland and the Netherlands.

It’s likely that you, like us, weren’t expecting to see some of those counties on such a list. And that in itself is reason to keep in mind that Melanoma doesn’t have to reign over just the hottest places.

In fact, per this foxnews.com article, the ten US states most affected by Melanoma are, also in descending order: Delaware, Vermont, New Hampshire, Wyoming, Oregon, Montana, Iowa, Washington, Utah and Maine. Remarkably, there’s not a Texas, New Mexico, California, Arizona or Florida to be found in that group.

We hope you’ve found these lists to be as helpful as they are interesting.