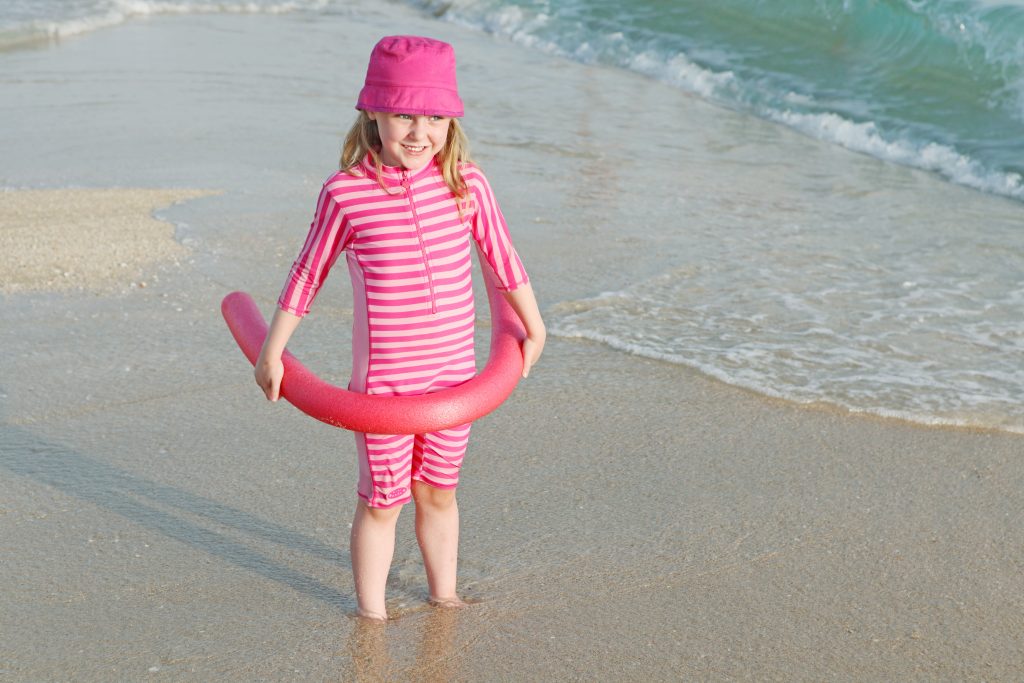 May is Melanoma Awareness Month, and throughout it we’ll bring you occasional blog posts that are focused on a specific result from, or contributor to, sun skin damage. Today’s focus is on the on the increase of Pediatric Melanoma and skin cancer.

While Melanoma is still very uncommon in young children, in recent years the instances of it are increasing by approximately 2%; per this article posted by the Melanoma Research Foundation.

Sunburns in children are particularly dangerous, because the more sun skin damage they accrue during childhood and adolescence, the greater the likelihood of them developing skin cancer or Melanoma later in life.

Skin Cancer Can Impact Someone’s Life at Any Age

Before children go outdoors, extra care should be taken to ensure that they’ll be protected as much as possible against the sun’s harmful UV rays. That means plenty of sunscreen; including enough for multiple re-applications. Clothing such as long-sleeved shirts, pants and hats should be worn. Whenever possible, have them stay indoors during the sun’s peak hours of 10 a.m. and 4 p.m. Children under six months old shouldn’t be spending any time outside in the sun at all whatsoever.

Girls and young women have a greater susceptibility to skin cancer for their age group due to their higher propensity to tan; either naturally or artificially. From the earliest possible age, they should be taught that tanning of any kind is dangerous.

One of the greatest weapons to use against skin cancer is information. As your children start to grow, always practice sun-safety techniques with them so they’ll get into the habit right from the beginning. Once they’re old enough to understand, take the time to explain to them why taking precautions against the sun’s power is so important. Then lead by example.

Although skin cancer is by far the most common cancer in the world, it’s also one of the least-funded. That being the case, it’s up to all of us to spread the word; especially those who are parents or guardians of children.