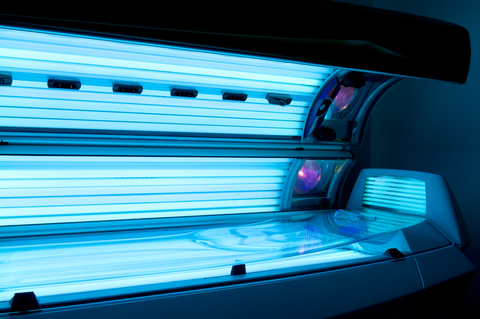 According to fda.gov, just before Christmas of 2015 the United States Food and Drug Administration (FDA) recommended much needed changes to tanning bed regulations. Skin cancer is by far the most common form of cancer in the world and, more and more, the effort to prevent it is being stepped up. Tanning beds are inherently dangerous, especially to teenagers. And they significantly increase the risk of the worst possible type of skin cancer; the potentially deadly Melanoma.

The FDA’s proposals include outright banning of tanning bed use by anyone who’s not eighteen or older. But that’s not all. Also included would be a requirement for adults opting to use these beds to sign a statement recognizing their danger; both at the start and then semi-annually thereafter.*

Per a direct quote from the same release, the FDA further recommended that the companies producing these beds, along with the venues offering their use, abide by the following rules:

It’s not at all difficult to notice the parallel between these actions and those taken by the U.S. Surgeon General in the 1960’s that warned Americans about the substantial risks of smoking. Consequently, over the ensuing decades the amount of smokers in the United States has dramatically decreased.

Similar to smoking though, the FDA is not calling for an outright tanning bed prohibition for adults but, hopefully, as more information on the dangers of indoor (and outdoor) tanning is made readily available, they’ll decide for themselves that the heightened risks of sun skin damage and Melanoma are simply not worth it.

And they’re not worth it at all, whatsoever. Never forget that you’re beautiful just the way you are. No changes are necessary.