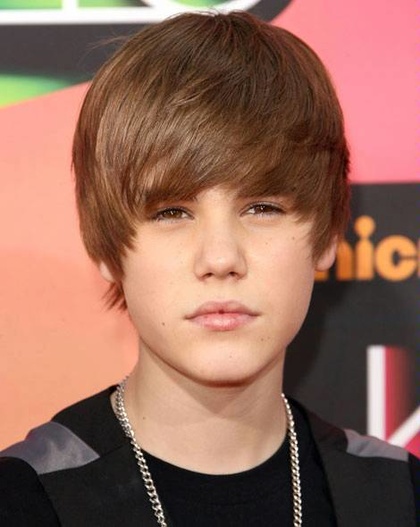 May is Melanoma Awareness Month, and all throughout May we’ll bring you blog posts that focus on a specific result from, or contributor to, sun skin damage. Today, we’ll be focusing on how your Hairstyle can actually be a defense against skin cancer.

When the topic of conversation turns to the quality of Canadian singer Justin Bieber’s music, there rarely ever seems to be any middle ground. Some people are huge supporters of Mr. Bieber, and great fans of his music. Yet others think that better “music” could be created by dragging a metal lawn rake across a 50-foot long chalkboard. We’re going to go way out on limb here, and assume that which group is which is highly-dependent on what generation its members originated from.

Musical tastes aside however, according to an article posted online by Time Magazine, the long bangs featured in Bieber’s popular former hairstyle actually had a positive health effect on him. And, subsequently, on his fans who were inspired to copy it. Or so say the Johns Hopkins doctors who were cited and quoted in the Time article.

Evidently, forehead freckles can increase the chances of developing skin cancer. However in this instance, the bangs in Bieber’s previous style of haircut fully covered his forehead. In essence, they provided him with a barrier that was able to significantly block the sun’s harmful UV rays from getting through.

It’s not a completely foreign concept. In fact, a while back we did a blog piece on how the full beard of a man can actually stave off up to 95% of those UV rays. A hair-raising statistic, to be sure. But we digress.

During the formative to early adult years is the worst time for anyone to accrue sun skin damage. Because while early sunburns may fade from both the skin and the memory alike, our DNA never forgets. As such, those burns can come back to haunt us even decades after the fact.

So if your son or daughter is going through a long hair phase, it may be wise to just leave well enough alone. As they may actually be protecting themselves with it.

Before we go, we just have to reference a joke the doctors in the piece made. It’s so good we’d wished we’d thought of it, but the credit is all theirs. They call this hair-shield phenomenon “The Big Bang Theory”.