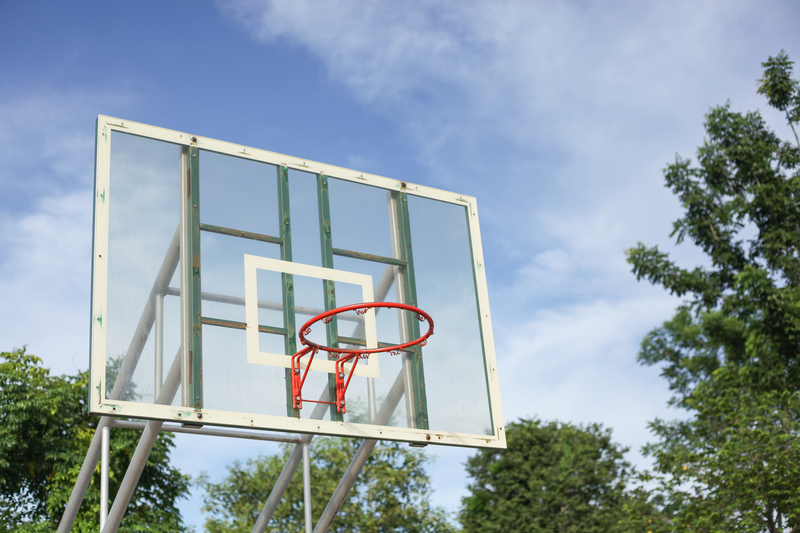 It’s back. The hugely popular NCAA basketball tournament affectionately known as March Madness has once again returned to numerous arenas, and millions of TV sets, across the nation. Countless pairs of weary eyes will stay glued to the madness at the very least until their brackets are busted. But these games are all played indoors, you may right now be asking yourself. How can Melanoma, skin cancer or sun skin damage be of any concern?

For these indoors games you’d have a solid point. But many fans who watch the tournament also play basketball daily on outdoors courts. Of all the open-air sports, basketball, though great for cardio, is among the worst for sun skin damage. In baseball, players wear long pants and hats. Likewise with golfers. Even those who participate in tennis usually at least wear a hat. But basketball players are almost always in shorts and tee shirts. And even worse, tank tops. Ball caps are impractical so they’re rarely worn.

A basketball game played out of doors is one of the largest, most open invitations to skin cancer an athlete can extend. Melanoma doesn’t give a whit about skin color, either. White, black, and all other ethnicities have been, are and will be impacted by it. Don’t give it the chance to impact you.

For those who like to shoot hoops sunscreen is not only a friend, but a powerful ally against the sun’s harmful UV rays that constantly bear down on every court. (On cloudy and overcast days, too.). With perspiration being at a maximum, it is best to reapply often.

If you play, do yourself a huge favor before the game and apply sunblock to every inch of your exposed skin. And, just as vital, re-apply it frequently. As an aside, our Sundicators UV monitoring color-changing wristbands can easily tell you at a glance when you’d need to.

Re-application is important because sunblock will continually lose its effectiveness while you’re outside. And it loses it even faster when you’re sweating, which in basketball is simply unavoidable.

Most people wouldn’t think of heading out to the court without a bottle of water or a sports drink. That’s great; they help to keep your insides protected. And after you reach for that bottle, reach out again for a bottle of sunscreen and keep your outside protected, too. It’s just as important.

Skin cancer is the most common cancer in the entire world. Don’t make it easy for it to make you a statistic; especially when it’s so easy to avoid.