We have more work to do overcoming obstacles that involve our health & safety. 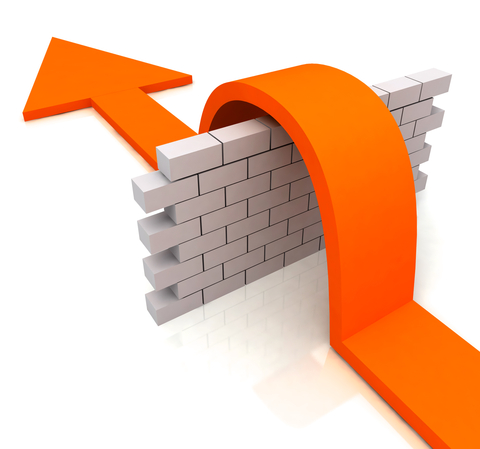 Obstacles: As summer winds down and we run around like crazy getting our kids ready for the new school year, I feel compelled to remind you that seasonal changes are no reason (or excuse) to drop your guard on sun protection. UV exposure maintains no calendar, and neither should the healthy-skin habits you’ve cultivated over the hottest time of the year.

One issue that constantly bothers me during the school year is that the Board of Education won’t allow students to bring sunscreen with them. That leaves nothing to apply before recess, when they’ll spend up to an hour outdoors in the sun during peak daylight hours with no sunburn protection. Worse yet, many schools consider sunscreen a prescription drug, meaning a parent must secure a doctor’s note in order for the school’s nurse to apply it. Does this “logic” sound all that logical to you? It certainly doesn’t make sense to me.

Sun Damage even at a young age can have negative long-term health effects. It can mean anything from unsightly sun spots to deadly Melanoma. Why gamble with life when you don’t have to? There’s no reason whatsoever to put any child’s health at risk when they can easily be kept safe through some simple education.

Just a few years ago Skin Cancer and Melanoma Awareness finally started to receive good, solid publicity. When we started Kspin Designs, it was harder to get through to people just how important it is to take this form of the disease seriously. In 2010 Cosmopolitan Magazine became one of the first major U.S. publications to champion the Skin Health and Wellness Movement. Happily, the Melanoma Awareness Torch they lit has since been carried by several other major influencers, all in the name of promoting and furthering Skin Cancer education.

An unfortunate side-effect to Skin Cancer Awareness moving further along into the national spotlight, is the inevitable crowd of opportunists trying to attach themselves to it. As with most publicity-generating causes the world over, companies, “advocates”, lobbyists and the like have distorted and slanted the sun-safety message toward a different agenda: their own. Tanning bed companies will sell you on needing to tan in order to absorb Vitamin D, help Psoriasis or prevent seasonal effective disorders. Conveniently, they forget to mention the risk of skin cancer that accompanies tanning. Instead, they dangle the “health“ carrot in an attempt to keep their beds, and thus their coffers, full. But telling only half the tale in matters of health is not only wrong, it’s irresponsible. It’s similar to a diving instructor telling a student that it’s perfectly safe to swim openly with Great White sharks, but neglecting to add “unless one bites you.”

There are even agenda-driven television personalities who’ve auctioned off their integrity and, as such, tell you that it’s okay to tan. They do so because behind the scenes they own profitable Tanning Associations, and invest in lucrative tanning bulb businesses. And so, as is often the case when revenue faces-off against your good health and well-being, you place a distant second. Further, any doctor promoting any form of “safe” indoor tanning has stepped over the ethical line. The only safe tanning bed is an unplugged one. And even that’s assuming it doesn’t fall on you. But I digress.

The bottom line is that there’s much more work to be done in order to deliver a sun-safety message without confusion; a message created solely to make a difference in the lives of others. As illustrated multiple times in this post, a sea of hypocrisy exists that we must constantly try to navigate over safely.

If this was the end of a movie, our obstacles would vanish; conscience and goodwill would triumph over profit and Melanoma would soon be a memory. But it’s not. In real life, Bedford Falls doesn’t unite to save George Bailey’s skin. There is no Bedford Falls; there is no George Bailey. There’s only you and me. And whether we’ll have a wonderful life is entirely up to us; the people who have lived, breathed and experienced skin cancer. Those whose only agenda is to see Melanoma destroyed. We must persist in our efforts as we to continue the fight for those who can’t.